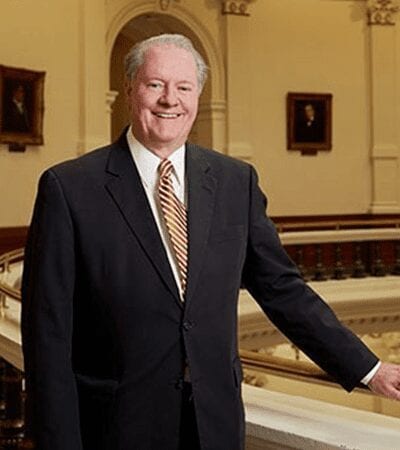 John R. Pitts is the founder and managing principal of the Texas Star Alliance. He has nearly 25 years of experience working around the Texas Capitol. John served as general counsel to former Lt. Governor Bob Bullock and also served as chaplain to the Texas Senate. He has held leadership roles in several multi-national law firms and his expertise as an attorney and lobbyist is well-respected among policy makers across the country.

John is a graduate of Southern Methodist University where he earned a B.S., an MBA and a J.D. In addition, John has received a Master of Divinity from the Virginia Theological Seminary. He has two sons and he and his wife call both Houston and Austin home.

John has been recognized as the 6th most influential lobbyist in Austin by the online publication, Capitol Inside. He has also been recognized as one of Texas’ Top Rated Lawyers in 2014, 2015, and 2106 by Martindale-Hubbell and, selected by his peers, as one of the Best Lawyers in the United States in 2011, 2012, 2013, 2014, 2015 and 2016. Big Brothers Big Sisters selected him as Board member of the year in 2010. John was appointed by Governor Preston Smith as Board member of Texas Commission of Children and Youth.